On September 17th, 2017, the Adventist Health Hospital in Ukiah hosted its third annual Colors for Cancer Run. With college applications right around the corner, the senior class of DVGS was glad for the chance to get colorful.

While half of the class manned the pink and purple booths—causing much chaos and never settling color storms in their excitement—the other half ran the race. Of the group, Brandy Quach was the first to cross the line, followed closely by Jolie Ng. Others finished not too long after.

A runner on the course as an explosion of color trails behind her.

The whole class emerged so colorful that even the simplest movements resulted in a mini color storm. As Brandy put it, “We’re here to be living artworks for the day” — or week, as many of them would go on to sneeze the colors of the rainbow in the days that followed.

There was much to enjoy after the run. Many local fitness groups also held booths and activities alongside our own. Despite having just ran a 5 kilometer race without stopping, Jolie Ng managed to break the plank record with a time of 4 minute and 20 seconds at a nearby fitness booth. Brandy Quach and Sinna Zheng won the hula-hoop competition. Everyone successfully completed a “Name the Vegetables Challenge.” 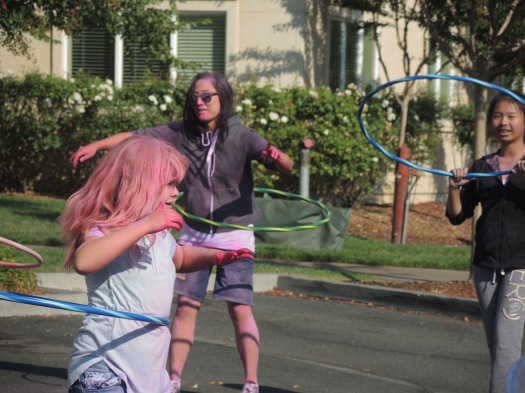 The program ended with “I’ll Make A Man Out of You,” a Tai-chi performance by the much-appreciated sophomores and juniors. 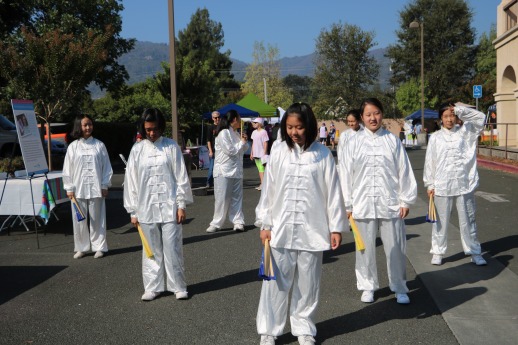 The Juniors and Sophomores get ready to perform Tai-Chi

The senior class is grateful for all they have learned and gained from this experience. For many of them, it was not just their first color run—but a chance to engage with the local community. Many of the people there had known a person who had either defeated or was defeated by cancer. The event raised a total of $1500 to help the fight against cancer. The girls felt good, having contributed not just to a faceless cause, but to honoring the memories of many a loved ones. 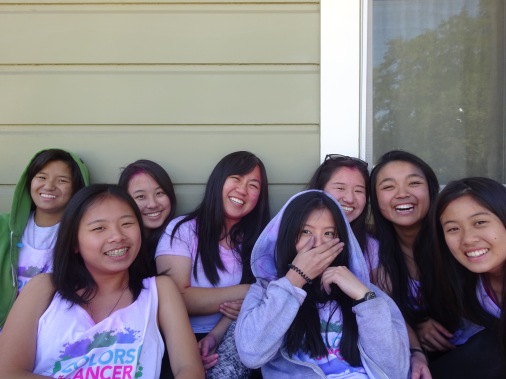 The Class of 2018 having a laugh at lunch after the run.