On August 20, 2016, some IGDVS students—along with teachers, parents, and volunteers—went to the 3rd annual Sonoma County VegFest in Santa Rosa, California. This celebration of compassion and healthy vegetarian lifestyle was held in Luther Burbank Center from 10 a.m. to 5 p.m. The festival included speakers, free samples, professional cooking, performances, and many other activities. The students manned three booths, each with its own unique characteristic: the School Booth, Art Booth, and Karma Kitchen Booth. 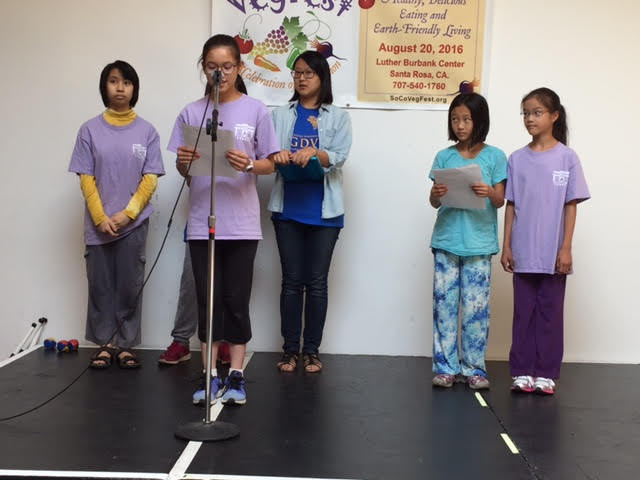 At the School Booth, students introduced the school and the City of Ten Thousand Buddhas (CTTB). Many people stopped by the booth and were inspired by the willingness of the students and volunteers to give without caring for personal benefits. They could not believe that in Ukiah there was such an organization; some had heard of it and had visited the City of Ten Thousand Buddhas many times! Overall it was an amazing experience and opportunity to learn and interact with people who have similar interests and missions as the IGDVS/CTTB. 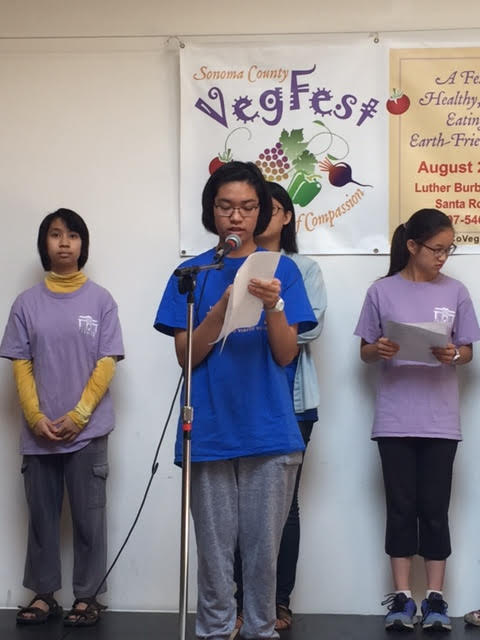 At the Art Booth, in the Kids Room, visiting kids were taught how to make hemp bracelets. One boy stayed at the booth for almost the whole day patiently making hemp bracelets. The booth, decorated with a bit of origami, was a hit with the kids, who were having a lot of fun.

The Karma Kitchen Booth was manned by two students, for whom it was an enlightening experience. They learned that they should have thought more thoroughly about some of the things, such as the questions asked by booth visitors regarding the food and the reason the booths were set up there. One of the students thought that it would have been better if they had prepared ahead before going to the festival. She also learned something else: While manning the booth, she learned how to talk with others, since for her it was not easy to hold conversations with people. And it was nice for her to hear about the reasons people came to the Fest and how they thought about the Karma Kitchen Booth. 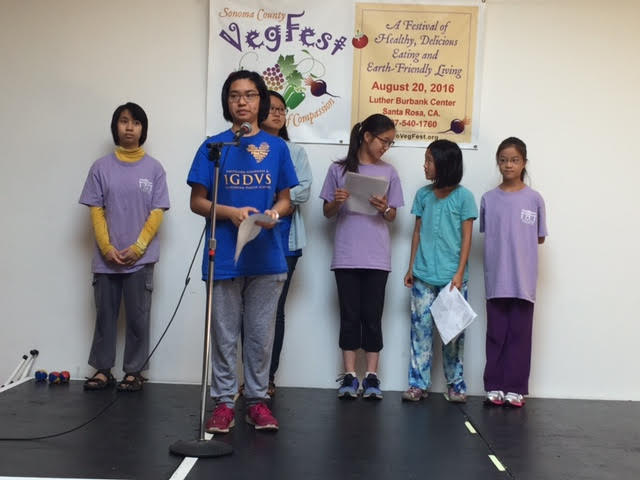 The jobs at the Karma Kitchen included cutting up fruits, which took up most of the time in helping with the booth. Surprisingly, many people liked fruits, and some of them kept coming back for the watermelon. A lady from the booth next to the Karma Kitchen Booth actually decided to teach the two students manning the booth how to properly cut a watermelon without making a mess. This was kindly appreciated by the students. The Karma Kitchen served brownies, fruits, and seaweed crackers/chips, which people thought were really flavorful. Despite being a new experience and having some hectic moments, students enjoyed learning about new perspectives and the different goals of people. 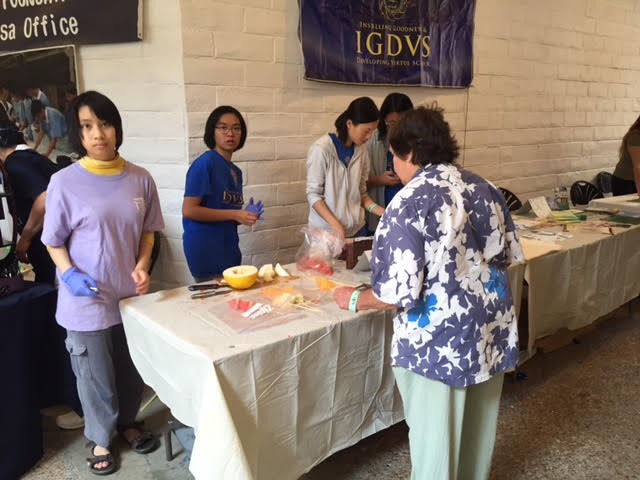 The students also performed on stage at the festival. They sang two songs (“Planting Seeds” by Nimo and “Colors of the Wind” from Pocahontas) and read several poems, including “Thirteen Ways of Looking at a Blackbird” by Wallace Stevens and “Lessons from Nature.” Their closing song, “Colors of the Wind,” was especially appreciated by the audience. The people attending the Fest enjoyed the performance, which was a nice addition to the lobby atmosphere.

Overall, the day went smoothly, and it was enjoyable. Several parents with kids complimented the students who were manning the IGDVS booths. It was really amazing to see so many people vegetarian or vegan, and people who were interested in the topic. The event was both educational and engaging, which made it a wonderful experience for the students, indeed.