Visit to the Humane Society

On December 6, 2016, some of the 8th and 9th graders went to The Humane Society for Inland Mendocino County in Redwood Valley, CA, chaperoned by teachers Ms. Kravitz and Ms. Wang. Our experience at the animal shelter was very exhilarating. There was a variety of dogs and cats, big and small. When we first arrived there we split into two groups: one would first go see the cats and the second would go and visit the dogs. Before we “hit the road” we had made some dog toys out of old t-shirts that we donated to the Humane Society.

Sierra and I were in the group where we got to visit the dogs first, and we saw a lot of dogs. We first saw little chihuahuas and other naturally small dogs. The dogs were mostly outside but they had little places where they could sleep in their kennels. After we saw the little dogs we went around to the bigger dogs. Of course as we went by, they would start barking really loud, and some would try to play but there were two fences separating us. The “tour guide” said that there was a sickness going around, and that some of the dogs hadn’t had most of his/her shots, so we couldn’t touch the dogs. But they were still really cute.

All of the kennels were sponsored by people who made donations to help the dogs. They said that if we wanted to help out in taking care of the dogs that we would have to come to a special class that they offered and learn how to do it properly, then we could play and take care of the dogs.

After we saw all the dogs we had to switch with the other group and took a look at the cats and kittens. On our way in, we saw a little cage with three very cute and adorable puppies! We all crowded around them and tried to touch them but the person in charge said that we couldn’t, because they were puppies and they had only one vaccine so they got sick very easily. So we all just cooed and fawned over them. After all the fawning, we finally went inside and saw all different types of cats. We switched groups with the others and the lady who was now in charge said that if we cleaned our hands then we would all be able to hold and pet the cats and kittens. Everyone rushed over to the kennels and started to search for the cat or kitten we wanted to hold. Everyone rushed to where the kittens were and started to pick them up, but since there were only three we all had to take turns. When everyone was done with seeing the cute kittens we went into the room full of big cats.

We asked the lady in charge if we could go pet the little puppies while they’re still in the cage in the front, she said that if we washed our hands we could pet them. We went outside to pet the puppies—they were the cutest. Jumping on each other trying to get petted by whatever would fit in the cage. With their tiny little barks and their teeth they would bite your finger. Everything about them was very cute and adorable. We felt the need to help all the little animals so we asked what we could do, and they said that we could volunteer to help walk the dogs and wash and feed them.

Soon it was time to go and we all gathered where we first started. We were all at the front when two girls asked where we could get the forms. To our surprise, a lot of us wanted to volunteer. After everyone who wanted a form got one, the chaperones wanted us to take a group photo. So we all gathered in front of the center office, and took photos. That concludes our trip to the Humane Society. 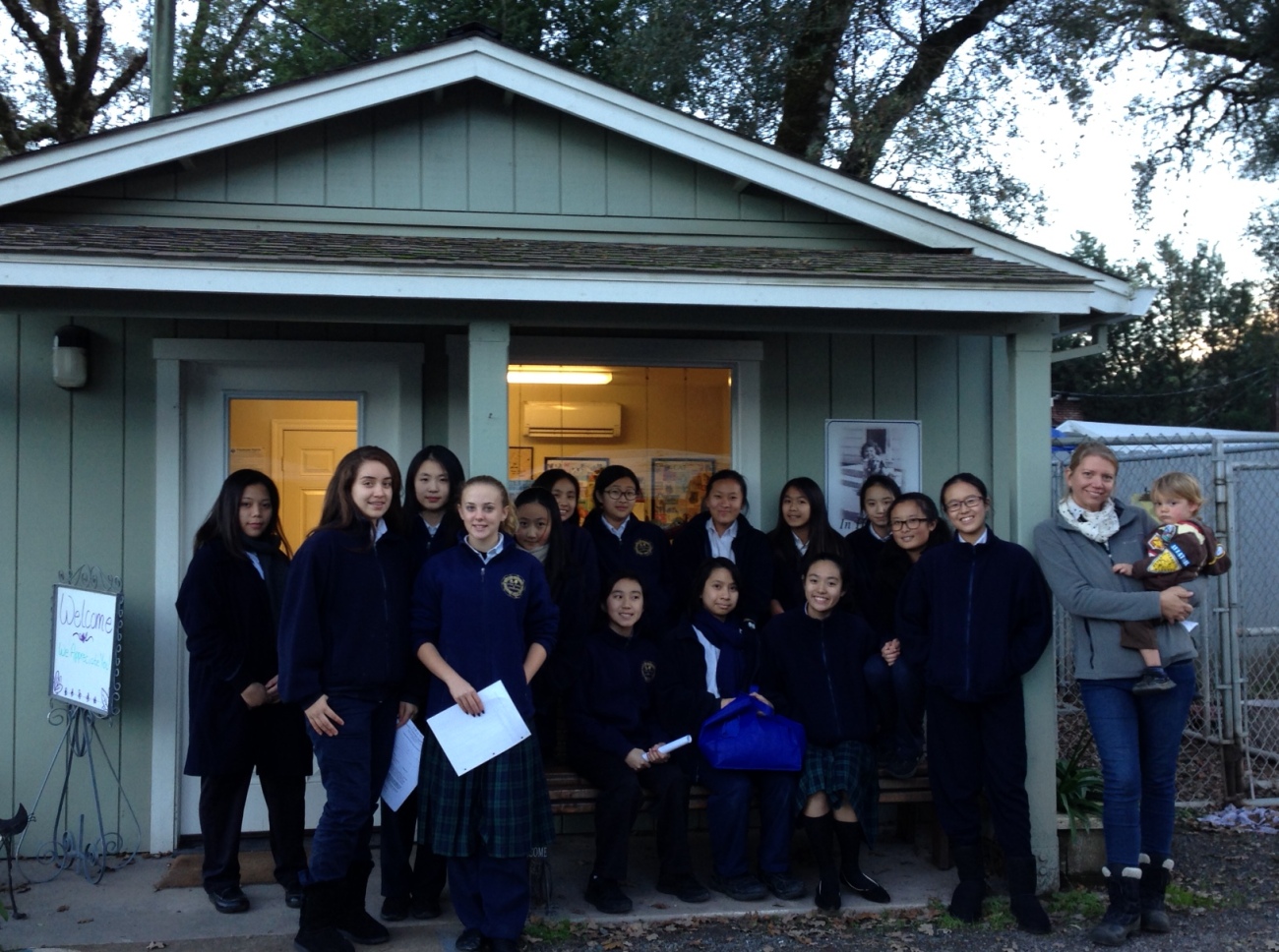