For the first installment of this three-part series, the 11th and 12th graders journeyed into Ukiah on Sunday morning, February 14th, to attend ten o’clock Mass. Right away they were greeted with smiling faces welcoming them into the Ukiah United Methodist Church. There, they sang hymns and listened to a sermon. Some students actively connected the similarities between Buddhism and Christianity while others simply enjoyed the event as an experience of its own. Either way, the event was filled with joy and warmth from the open community at the church.

For part two in this three-part series, the World Religions class traveled to Redwood Valley on February 20th to attend a service at Kol Ha’emek Jewish Community after finishing their unit on Judaism. Rabbi Shoshanah, who was presiding over the service, ensured the students felt comfortable and understood what was happening. They were invited to wear prayer shawls and play instruments during the service. Afterward, the students were able to enjoy a meal with members of the community as well as ask any questions.

On a seemingly random Tuesday morning, the first of March, the students were once again taken into Ukiah for what would be the third and final installment of the mini-series. The eleventh and twelfth graders stood in the parking lot of Walter’s Cafe and watched as three monks from the Abhayagiri Monastery walked down State Street. Upon their arrival, the students greeted them, bowed, and knelt during the giving of alms. Afterward, the abbot shared wisdom with the class about the importance of giving and being compassionate in today’s society. All three monks then chanted words of blessings in Pali for the students.

The experience was new for many and familiar for some. However, it was unique to all due to the adaptations the tradition had adopted in a western and more modernized environment. Students were able to compare the experience with a past experience, personal expectations, or simply what they had learned in the text.

As a concluding note to this mini-series, the students noticed the similarities in the teachings of all three religions. Though the three traditions are different in practice, it is important to respect each religion and their beliefs for they are inherently similar. All three promote kindness and compassion to all living things. 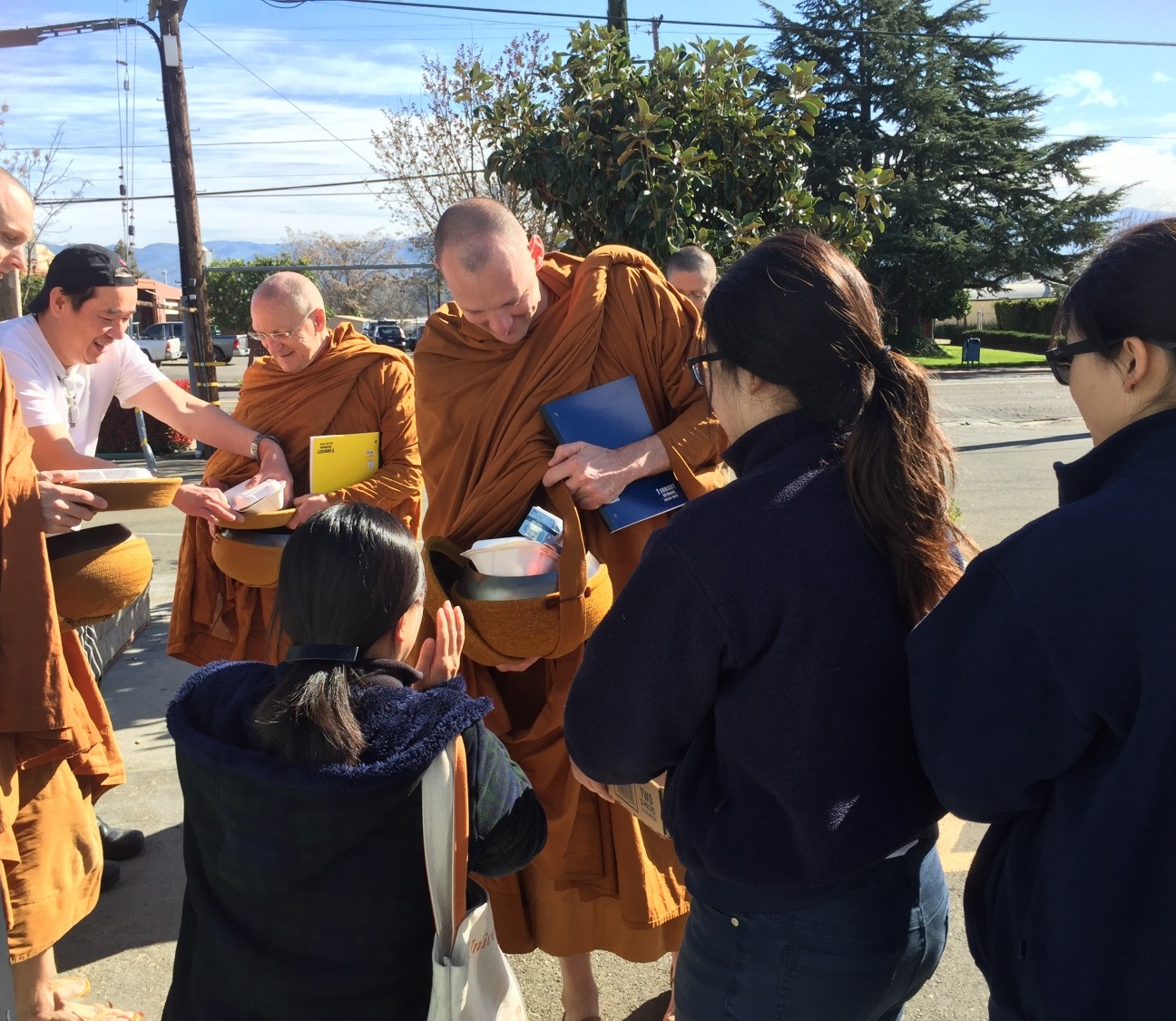 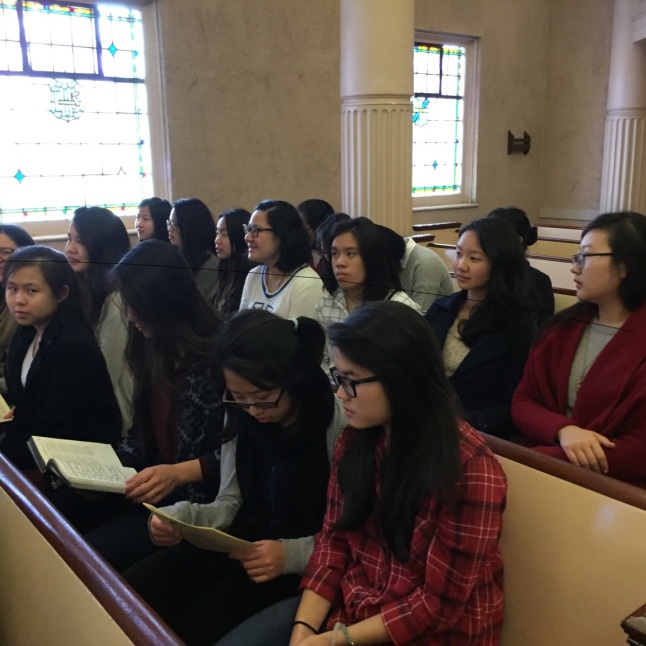 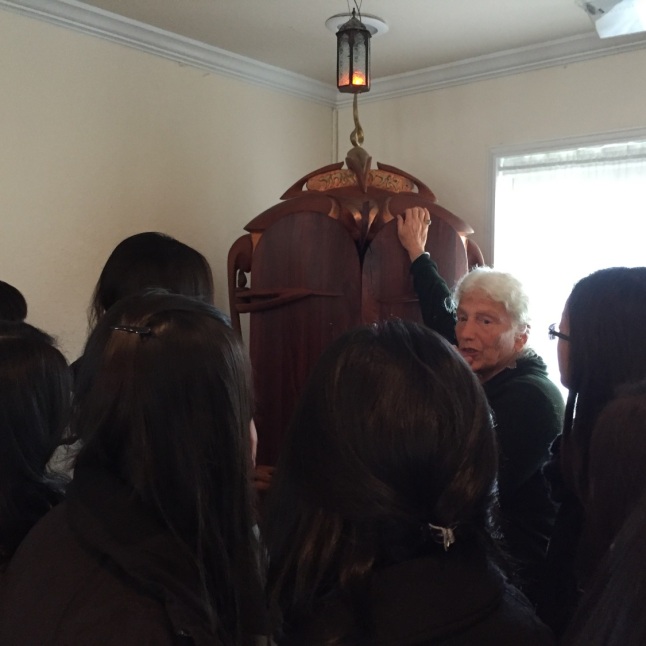 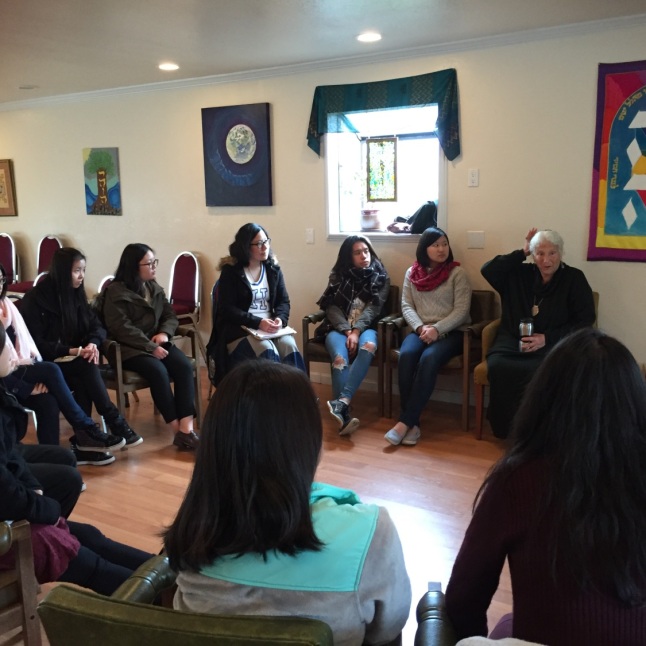 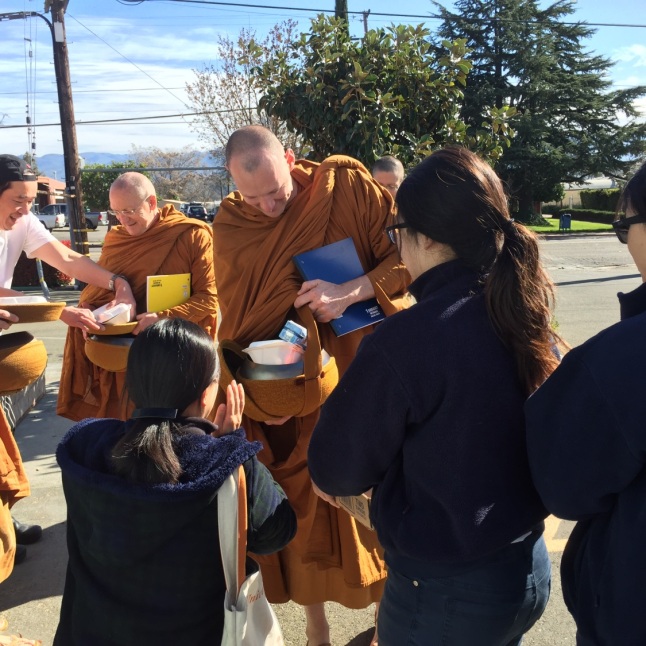 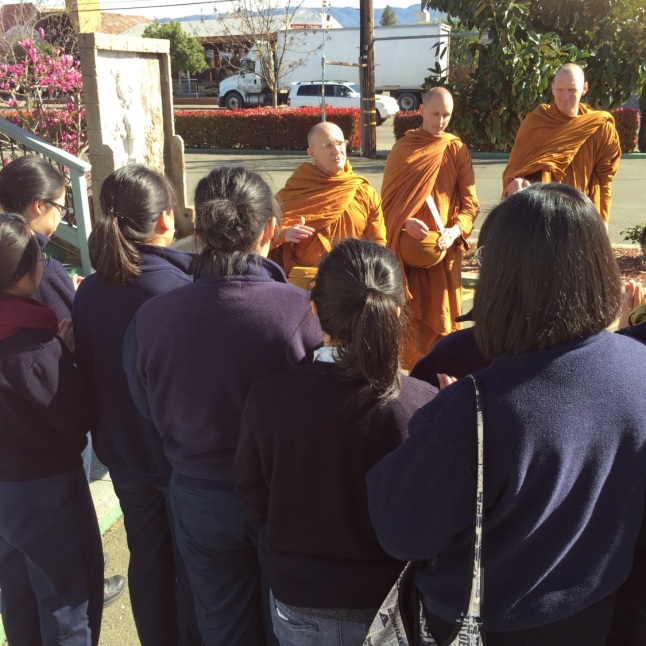